Via the wonderfully worthwhile email newsletter katexic, we learned of the term “cellfish”:

cellfish (cell-fish) /SEL-fish/. adjective. Using a cell phone in a way that disregards others, such as loud-talking in a restaurant, in line while the cashier waits, &c. A portmanteau combining cell (phone) + selfish.

Beyond literally depicting this as people ignoring others on their device, can you creatively illustrate this? That means create a new image, not just googling for someone elses (as we have done below) 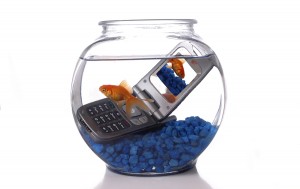 This Daily Try has been recycled from previously published ones: